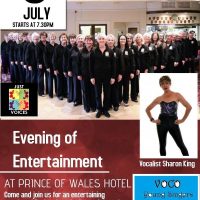 Whilst looking through old publicity and show programmes, vocalist Sharon Ashton discovered a typed running order from a BBC Radio Merseyside show back in July 1991 and to her surprise she discovered that both she and the barbershop chorus, for whom she is now musical director, were on the same bill.  At 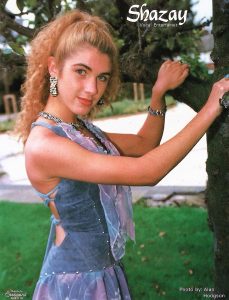 that time Sharon was 17 years old and was a touring member of the BBC radio show with Billy and Wally, “I couldn’t help but let out a shriek in amazement when I spotted it in my collection.  What are the chances of us being on the same bill 25 years ago and not even realising until all this time later?”  They had never met each other before and little did both parties know that they would be a big part of each other’s lives all these years later. 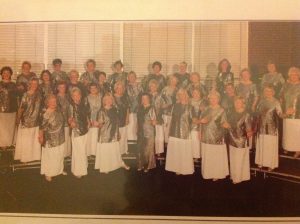 Just Voices, who at the time were known as Lord Street Parade, appeared for their very first performance that night in 1991 at New Brighton Floral Pavilion as part of the BBC show when they first met Sharon whose stage name was Shazay.

Sonia Greenyer, a member of the committee said, “As soon as Sharon told us of the coincidental find we knew we would have to mark the discovery with a reunion show.  We are so used to Sharon standing in front of us 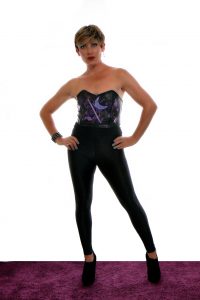 conducting it will be a real treat to watch her perform as well.”

The result is – JUST VOICES & FRIENDS –  a packed evening of entertainment planned with barbershop singing, young members of VOCO and of course Sharon herself!

We also have some super raffle prizes so it will be great night of entertainment and fun.  We decided to host the show from the Prince of Wales Hotel in Southport as this was the venue where the group originally formed 26 years ago.

Tickets are £10 each with children 12 and under going free. For ticket information contact info@just-voices.co.uk or through this website.

BREAKING NEWS – We can now confirm that Southport Men’s Barbershop will also be appearing with us on the night – always a treat for the eyes and ears!